As discussed in our previous posts that linguistics and type play an important role in company logo creation. So in this post we will go through how an effective corporate identity can be designed with the influence of local and regional cultural values and to target the logo which reach the specific audience in respective countries or towards an audience who speak a particular language.

For example Chinese speaking users are more then twice as that of English while Spanish language is spoken and understood widely as well. So in such case countries like China, Taiwan, Hong Kong, Singapore and most other nations from Far East mostly communicate and understand Chinese language and businesses specifically in this region emphasize the use of Chinese alongside English to be used for their logo design requirements.

Arabic and Persian language also requires skilled calligraphy appeal for which we have specialized design team. You can also review our Arabic logo design work in our portfolio.

Other languages like Dutch, French and German mainly rely upon English styled manuscript so they can be professionally worked together as per the logo requirement which you can see in our International Logo Design Gallery.

Below we have suggested some design samples to elaborate the use of multiple languages in the logos. 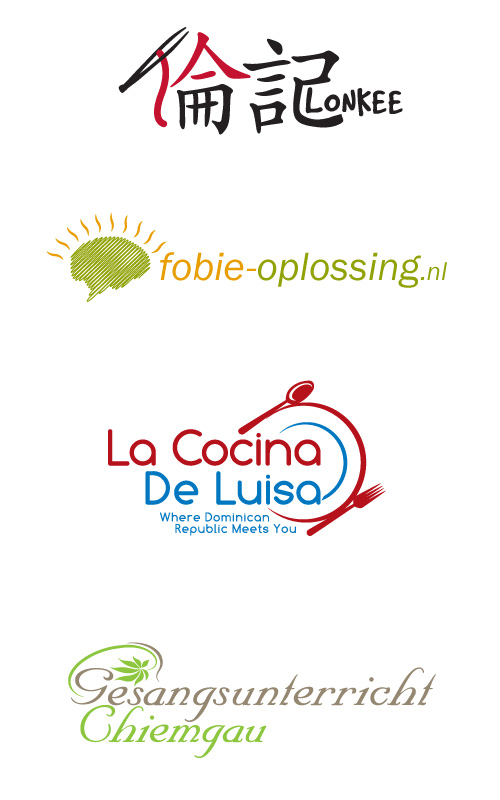